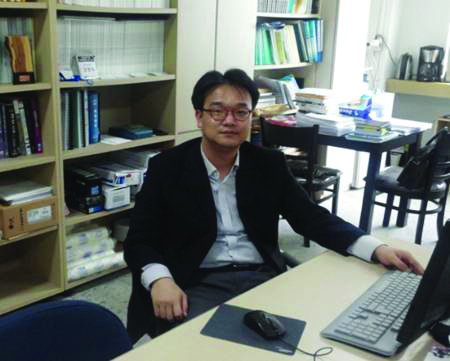 A few years ago, Korea fell in love with Reply 1988, the third of the Reply anthology television series. The drama featured props, clothing, and songs from the 1980s, evoking in viewers a sense of nostalgia. If the anthology continues with a series set in the early 2000s, it would depict how we grew with the internet, best represented by iLoveSchool, Freechal, Daum Café, and Cyworld’s mini-homepages.

I joined the PhD program in management engineering at KAIST in 1999. At that time, Korea was undergoing economic reform to overcome the IMF crisis. The government launched a project called Cyber Korea 21, and made investments in IT industrial development and infrastructure. The advent of the internet resulted in the birth of many venture companies. Upon admission to KAIST, I joined an internet startup club called EBIZ, and later founded Cyworld with fellow students Dong-hyung Lee, Yong-jun Hyung, and Jeong-tae Lee.

At first, we focused on the Cyworld club service, but faced challenges due to stiff competition from Freechal, iLoveSchool, Naver, and Daum. The social network was reorganized in 2000 into an online community portal, featuring PIMS, community bulletin boards, chatting, and online polls. However, the response from users was not as good as expected. CEO Dong-hyung Lee launched the mini-homepage project in 2001, shifting the focus to personal websites. The mini-homepage project reflected the growing demand for personal websites among female users in their 20s and 30s.

After Cyworld merged with SK Communications, Dong-hyung Lee was appointed as the CEO of Cyworld Japan in May 2005. He asked me to join him in Japan, but I chose to teach after completing the PhD program. Dong-hyung Lee left SK Communications in February 2008, and he regretted going to Japan over the United States. If the founding members of Cyworld had stuck together until the end, we might have enjoyed greater success than Facebook. Regardless, many young entrepreneurs today find motivation in the pioneering attempts of Cyworld.